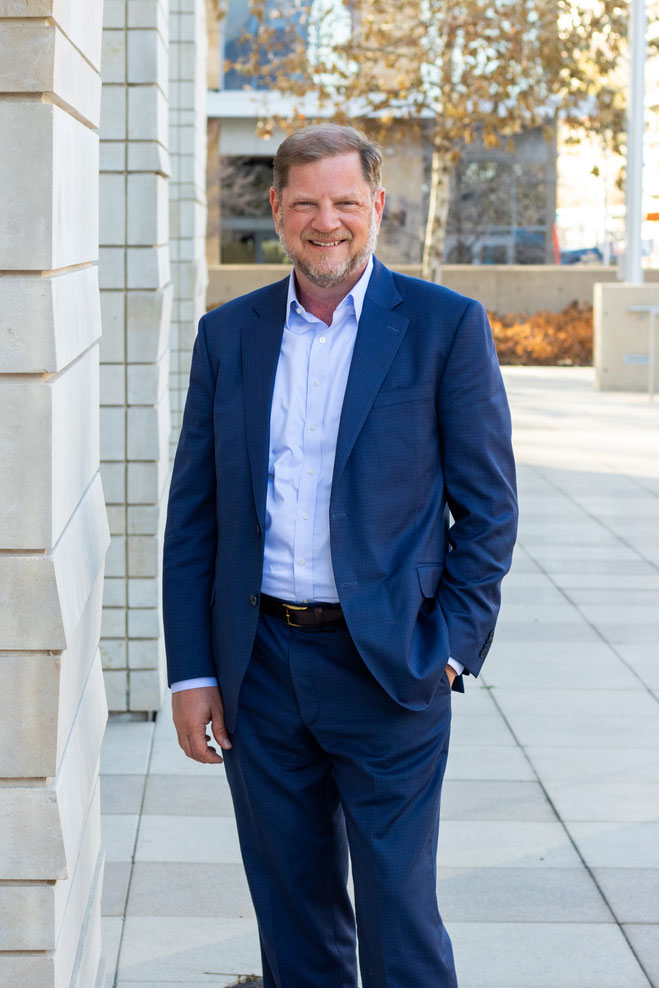 For well over twenty years, Darren has been a strong and thoughtful advocate for clients inside and outside the courtroom.  He has represented plaintiffs and defendants in major litigation and trials as an attorney and partner in two preeminent national law firms and in public service as Texas’ Deputy Attorney General for Civil Litigation. His work in the courtroom has been referenced in the New York Times, The Wall Street Journal, Politico, and Texas Monthly, among other local, regional, and national publications.

As Deputy Attorney General, Darren led all civil litigation for Texas, managing 12 civil litigation divisions with more than 300 lawyers, with a docket of over 30,000 cases. He personally served as lead trial attorney in some of Texas’s most significant trials.  Darren also led major multi-state investigations into threats to competition and consumer welfare, focused primarily on dominant digital platforms.

Darren has also successfully handled appeals—from briefing to argument—before state and federal appellate courts.  He began his legal career as a law clerk to the Honorable Karen J. Williams, former Chief Judge of the United States Court of Appeals for the Fourth Circuit.

After finishing his tenure with the State of Texas, Darren founded McCarty Law PLLC in Austin, Texas.  Darren’s practice focuses on complex civil litigation, antitrust litigation, investigations, and assisting clients in interfacing with government agencies—both in Texas and across the nation.

Darren graduated from William and Mary School of Law, where he was the Editor-in-Chief of the William and Mary Law Review. He received his BBA in Accounting from The University of Texas at Austin, McCombs Business School. He is admitted to practice in Texas.

Darren McCarty called [the legislation] a modest law that was needed to address inconsistencies throughout the state….

McCarty argued that in getting rid of the tax penalty, Congress ‘severed that very thin thread that held together the … Act.

Darren McCarty told [the] Court…’That is a healthy and appropriate debate, and it should be decided in legislatures and Congress.  Where it is not appropriate to decide it—respectfully, your honor—is in litigation.

McCarty ”pressed [the witness] on his lack of experience….”